United Architektur won an honorable mention in an international design competition for a greenhouse restaurant in Iceland. The competition’s idea is derived from Iceland’s growing greenhouse revolution. It seeks to use its local renewable resources to support food production and suggest iconic solutions for the farm-to-table concept.

Named Mývatn Windows, the project unites a large-scale greenhouse and a restaurant within the spectacular landscape of Mývatn Natural Baths, Hverfjall volcano and Lake Mývatn in the distance. The restaurant opens on all sides, a technique that strengthens the building’s relationship to its place. A single long window in the facade has an undisrupted view of the landscape, while the windows to the side and rear visually connect the restaurant to the greenhouse and birch tree gardens.

The design uses a farm-to-table approach – an ecologically transparent production process from planting, farming and processing in the greenhouse to eating fresh fruit and vegetables in the restaurant. This process runs through the three modules, starting from the greenhouse to the functional block and the restaurant. Each module shares important visual and physical relationships with the other.

United chose to work alongside Iceland’s reforestation program whose long-term objective is to re-establish forests in up to 25% of the country’s area. As an educational gesture to this program, two birch tree gardens were designed between the polycarbonate wall planes of the restaurant. The number of green areas is maximised. Moss fields, planted stone walls, birch tree gardens and green roofs increase the building’s green footprint and act as a stormwater management system.

All building modules use the geothermal energy from the local Bjarnarflag Geothermal Power Station, the first built in Iceland. It supports the heating system in the restaurant, as well as root level heating and the radiators in the greenhouse.

Mývatn Windows takes the characteristic of transparency from the greenhouse structure as a departing point for the design. Two large-scale planes of polycarbonate on a steel structure enclose the restaurant, forming a physical coherency with the greenhouse. This gives the building a sense of lightness within the landscape, merging with the horizon.

The greenhouse aesthetic is translated inside the restaurant. Polycarbonate ceiling panels diffuse soft light into the restaurant while their form reinterprets the shape and pattern of the greenhouse roof. Contrary to the exterior, the lightweight glulam timber trusses adapt to the human scale. 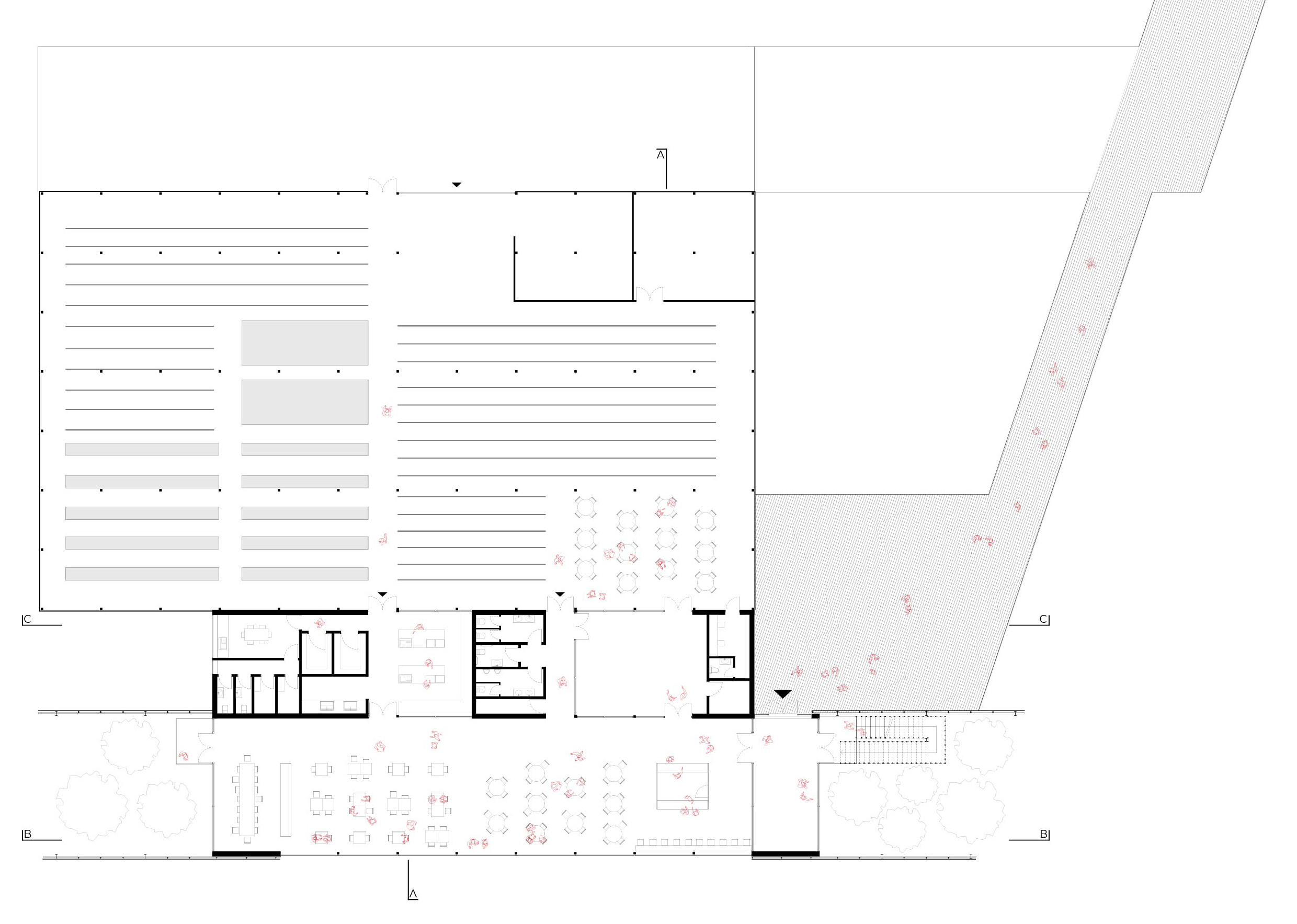 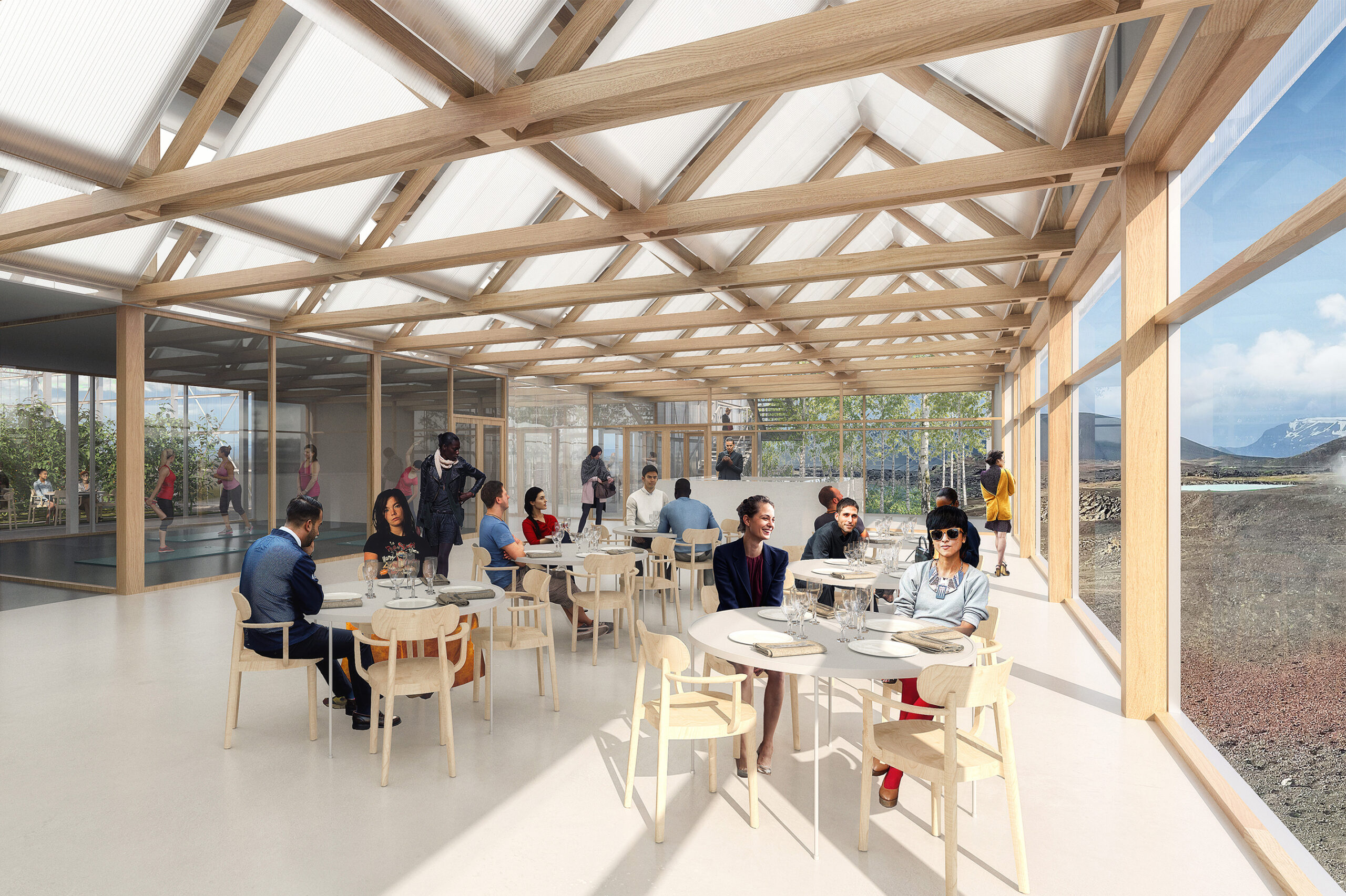 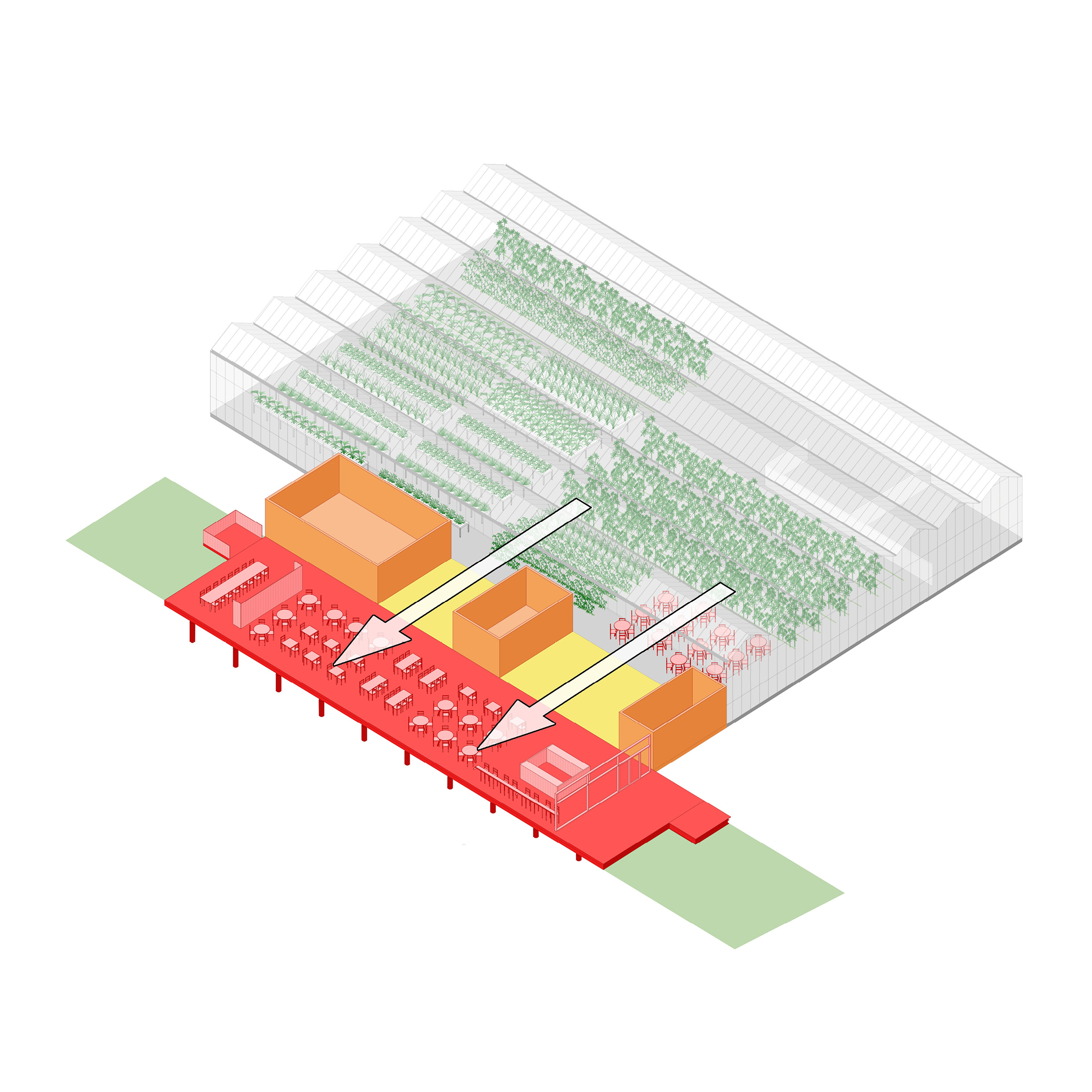