The two different purposes of the new house in Marienthal, which lays in the nature park Uckermärkische Seen, are the architectural theme of our construction plan. The room arrangement consists of a weekend cottage for a family of four and at the same time of rooms that can be used for workshops and seminars.

The one-story building which has a gable roof picks up the typical design of the region. The black wooden facade and black concrete roof tiles blend in with the nature and the forest that surround the property on three sides. Due to the village road, the building is easily accessible for visitors of the workshops.

The white face masonry and the white of the natural wooden surfaces of the interior contrast with the exterior colour scheme. The living area and the academy are each placed at the ends of the long building. They are the main rooms of the house because of their size and the interior space that opens up to the roof. The functional core (the bathroom, the kitchenette, the cloak cupboard and the mechanical room) is placed in between these main rooms. The bedrooms and a second bathroom on the upper floor of the central part of the house are accessible through a staircase in the living room.

On the ground floor, four floor-to-ceiling-windows open the facade up to the garden and forest. On the side of the street, a fifth floor-to-ceiling window acts as the entrance of the house. A black wall in the entrance area picks up the colour scheme of the facade and makes use of the psychological phenomenon that dark surfaces increase ones sense of spatial depth. 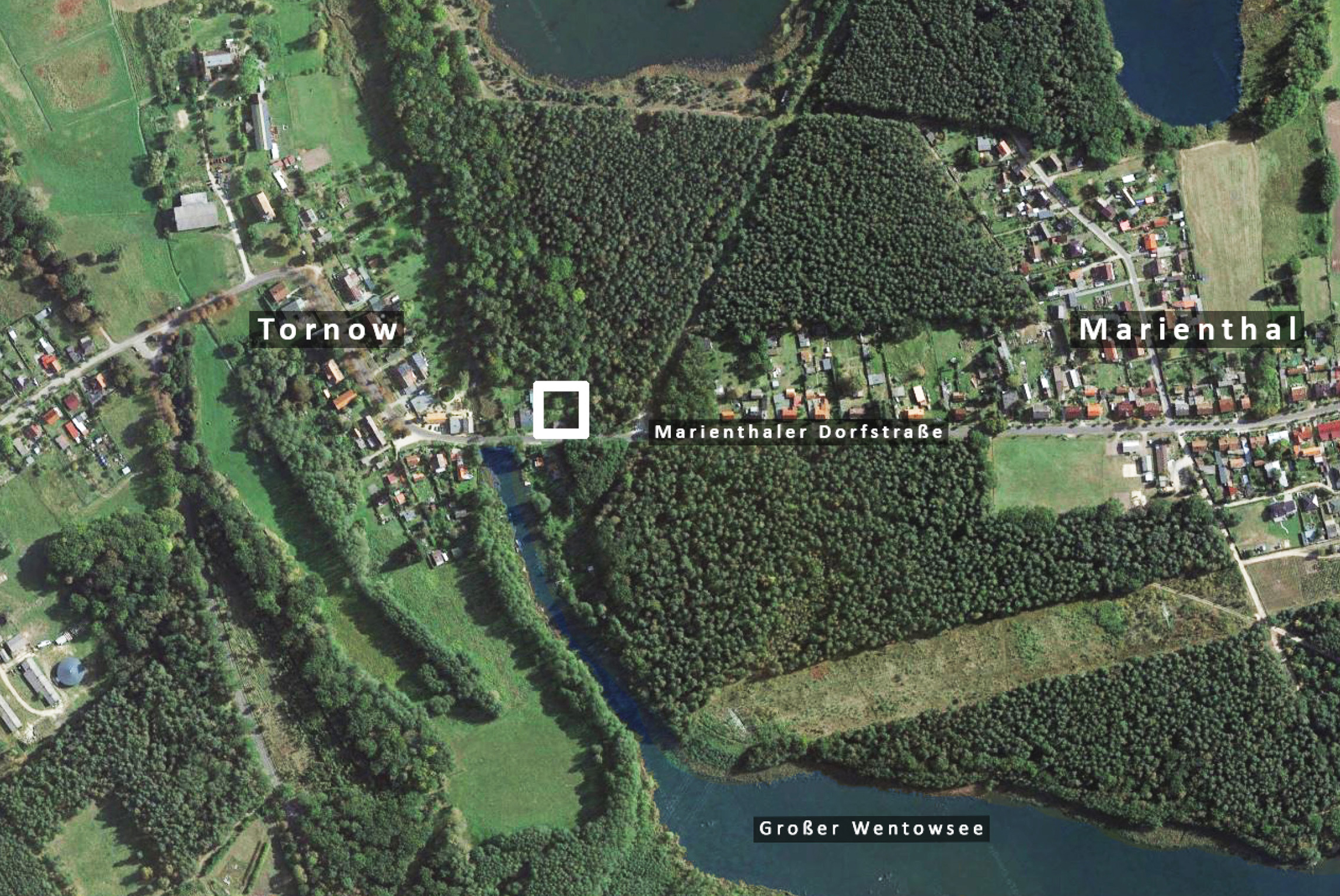 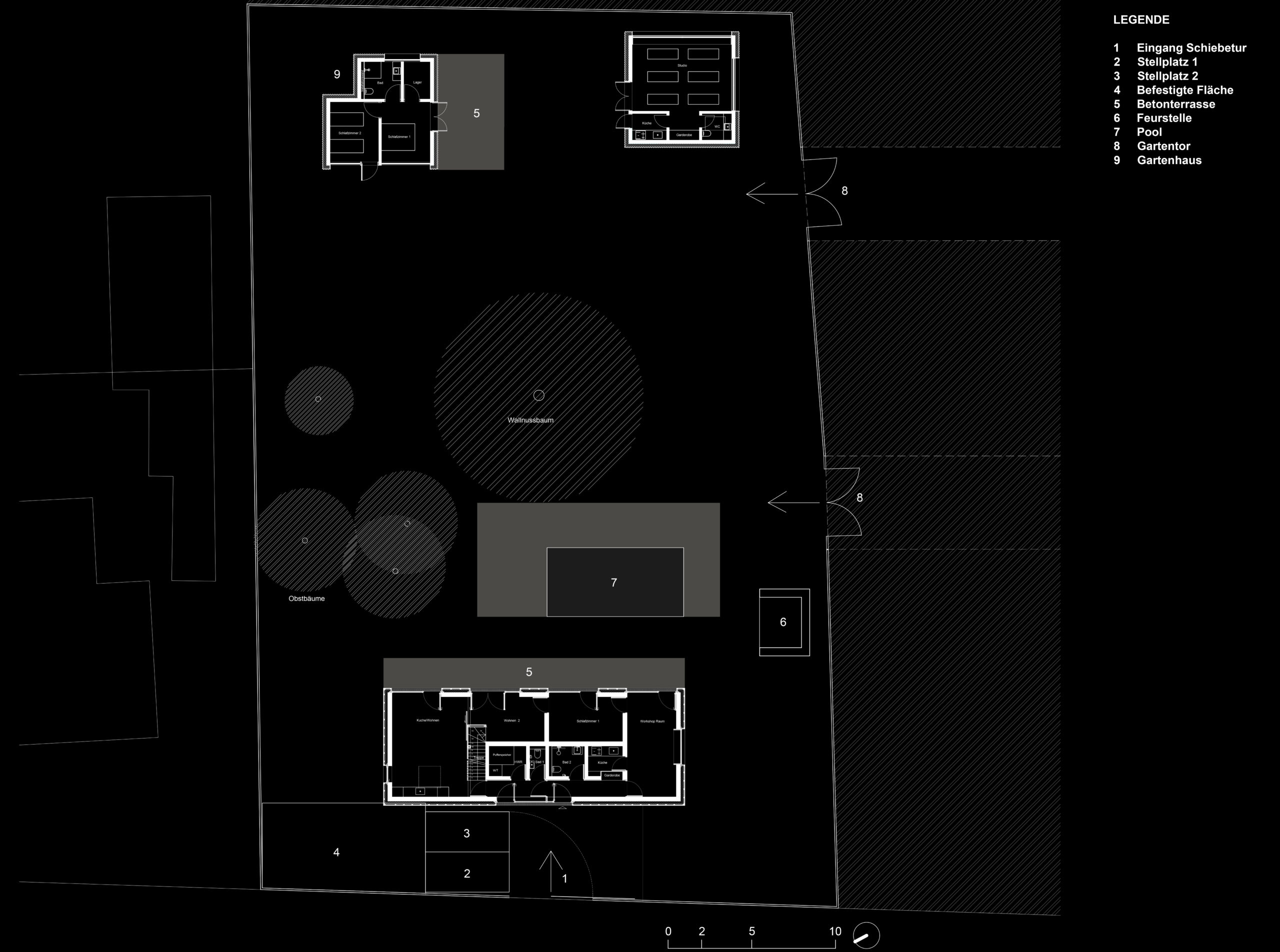 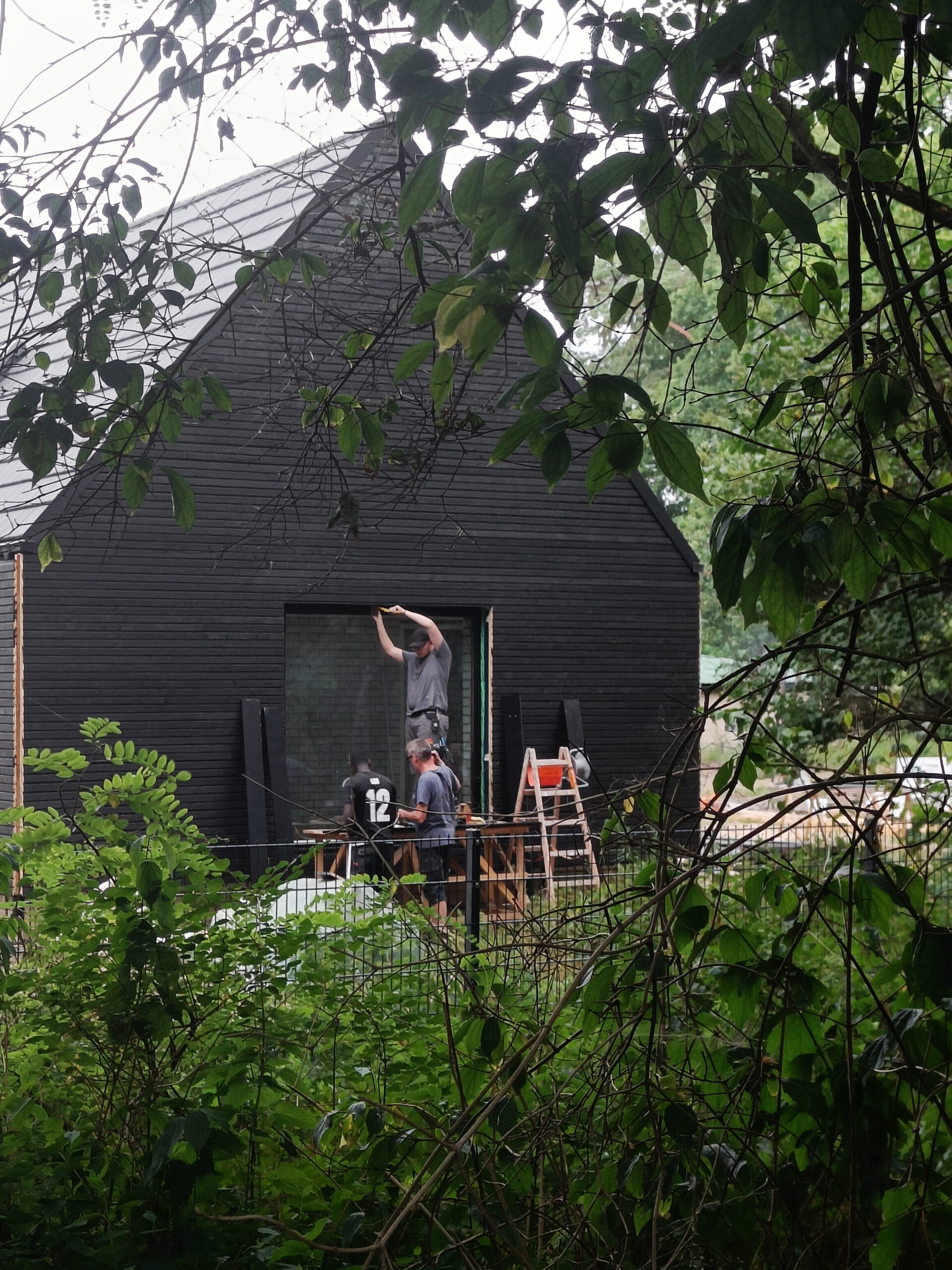 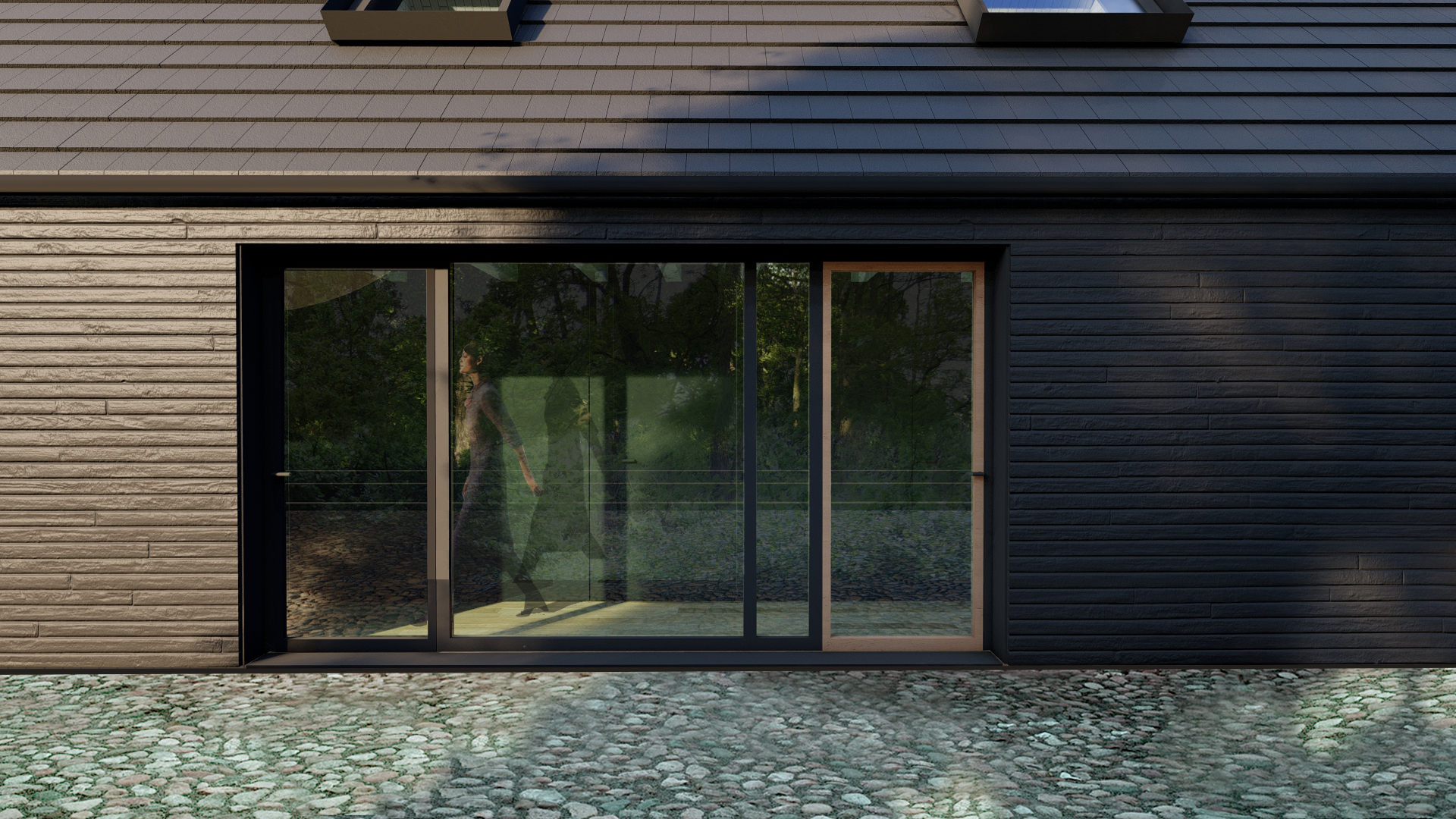 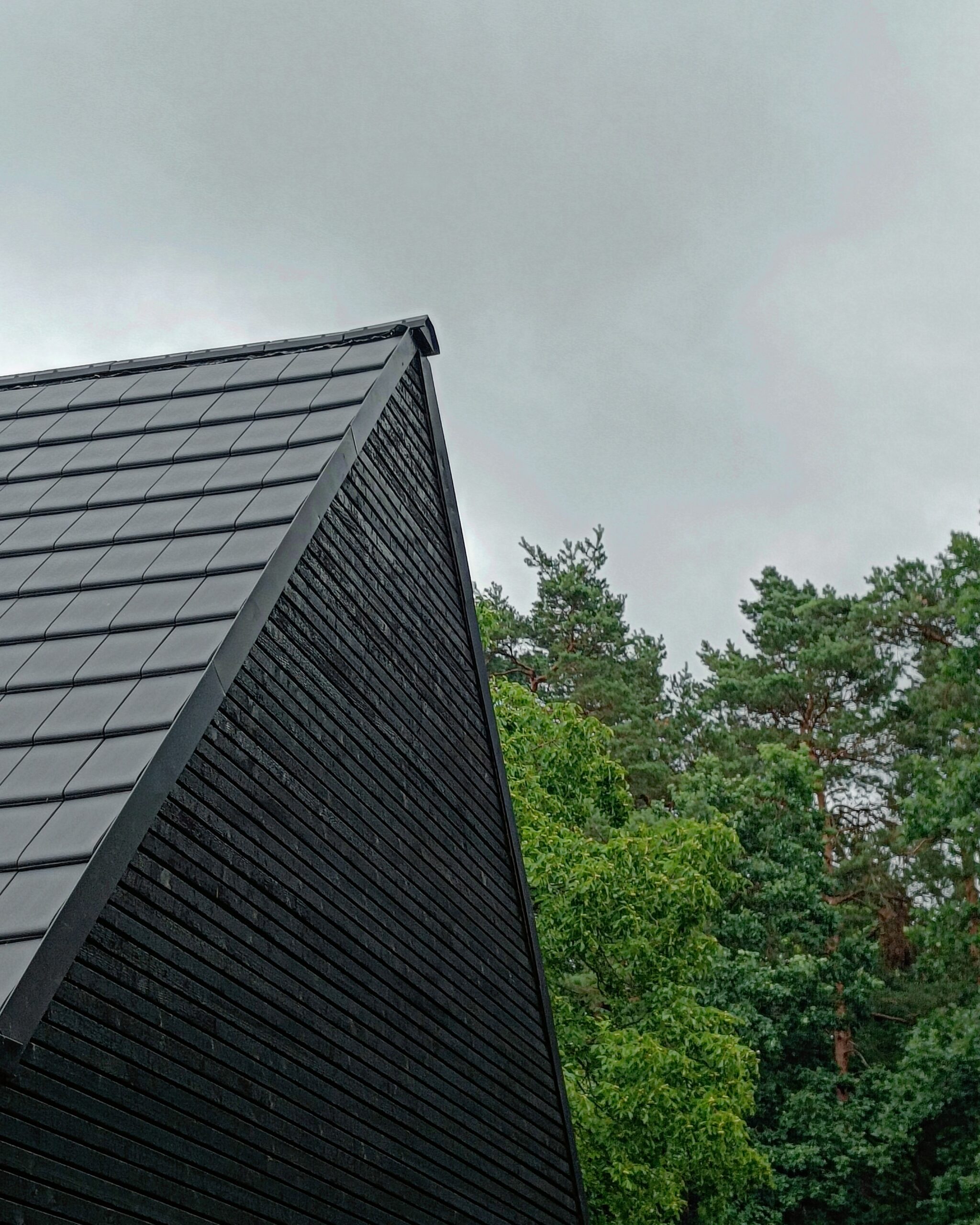 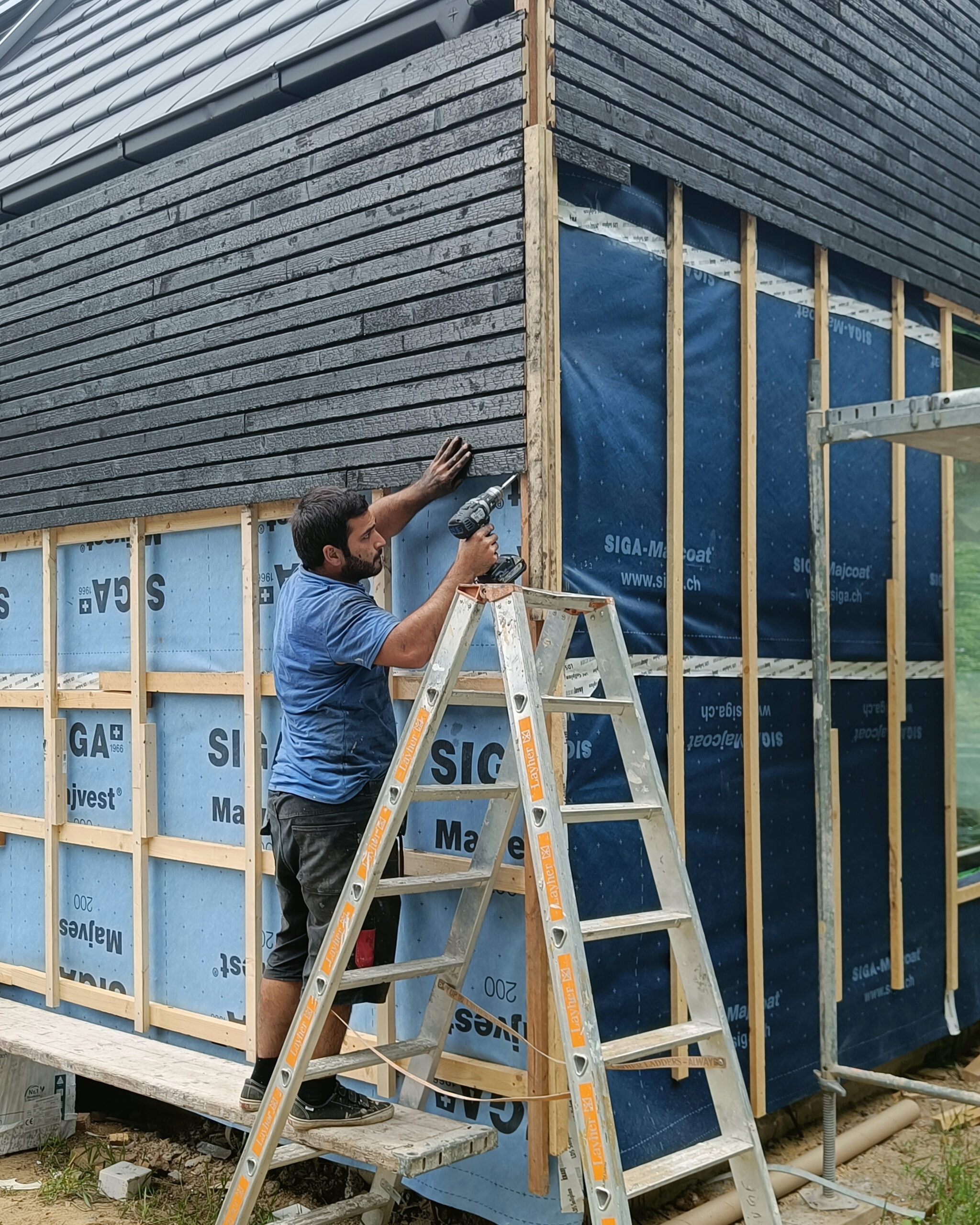 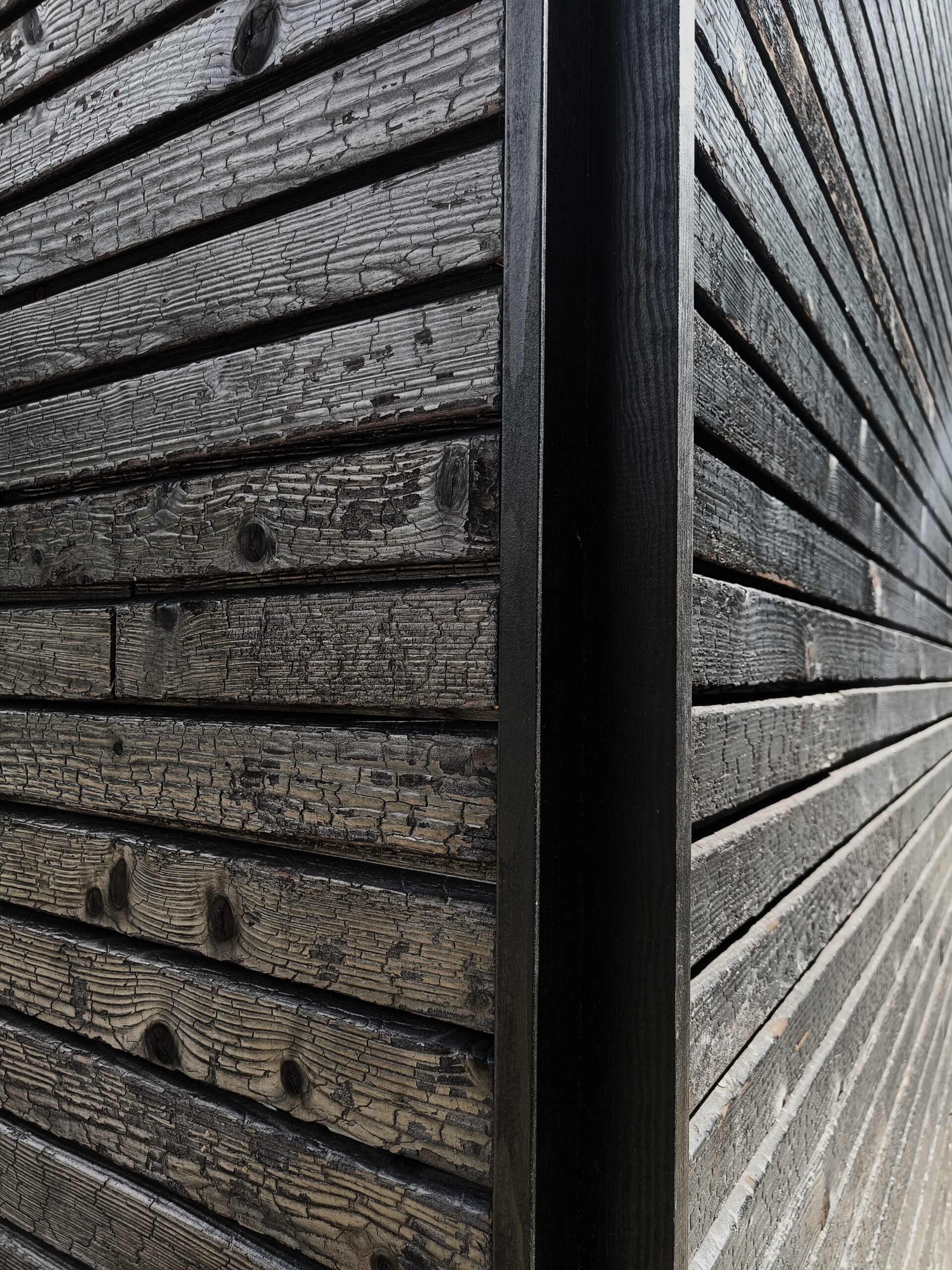 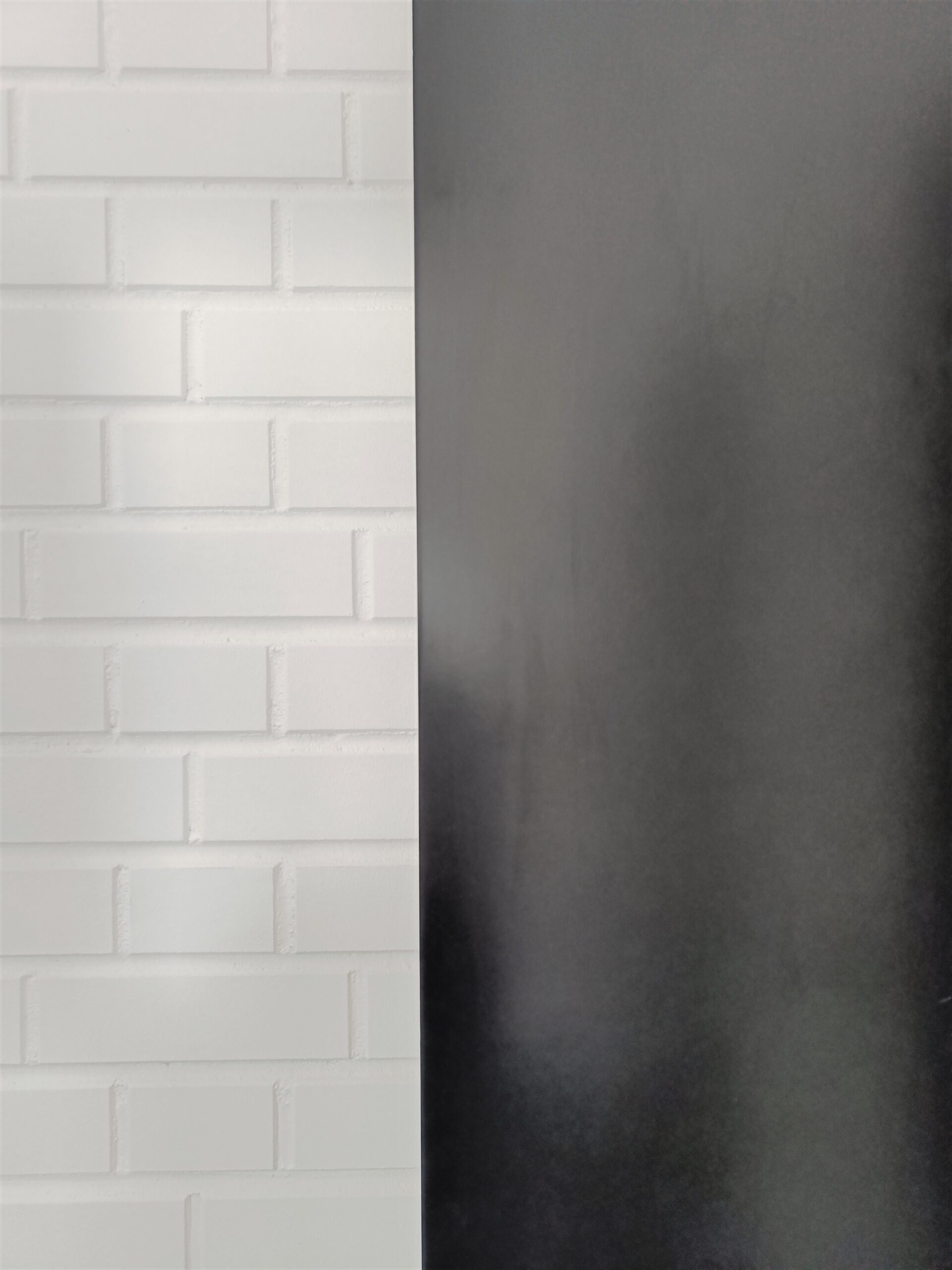 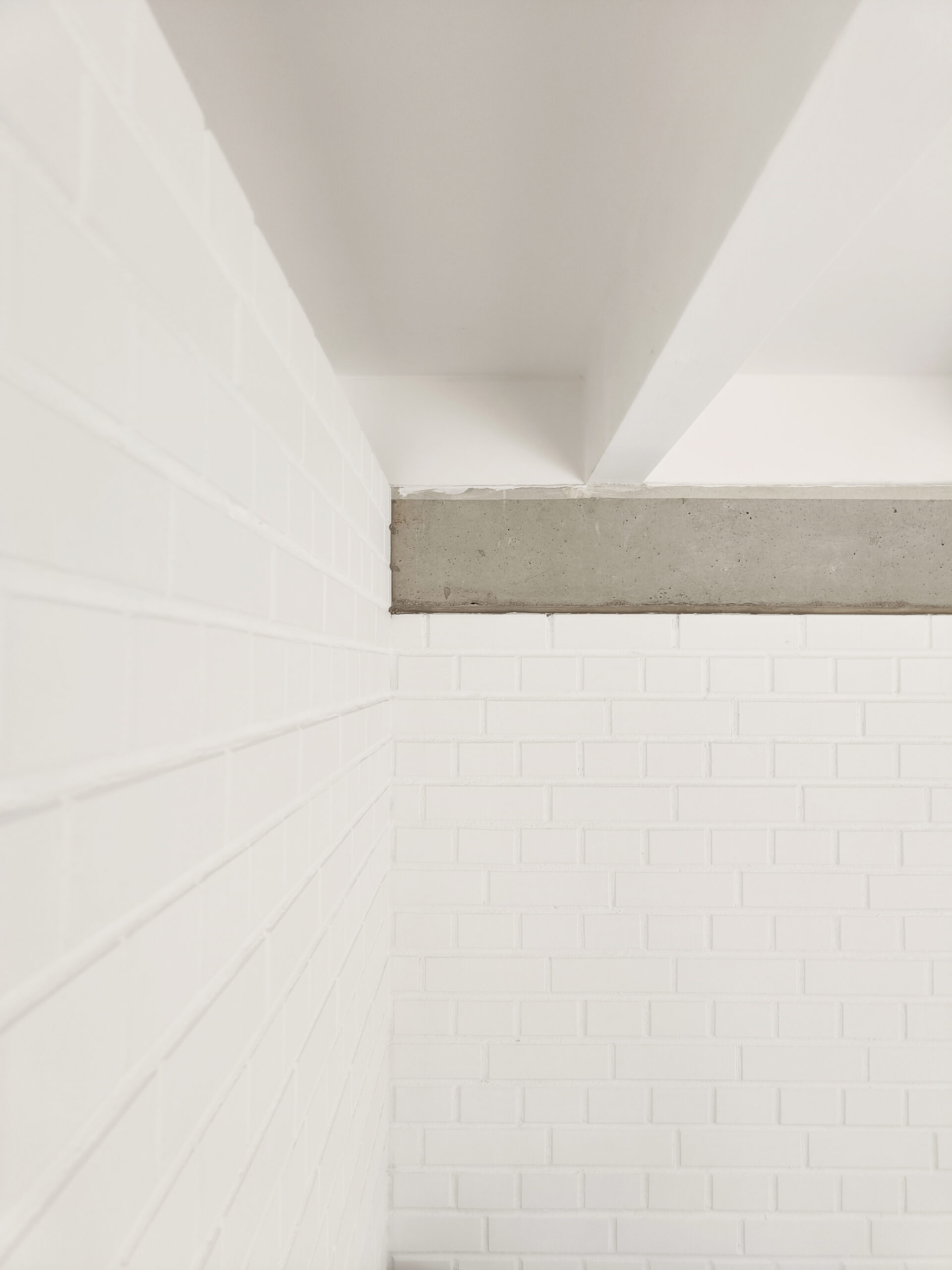 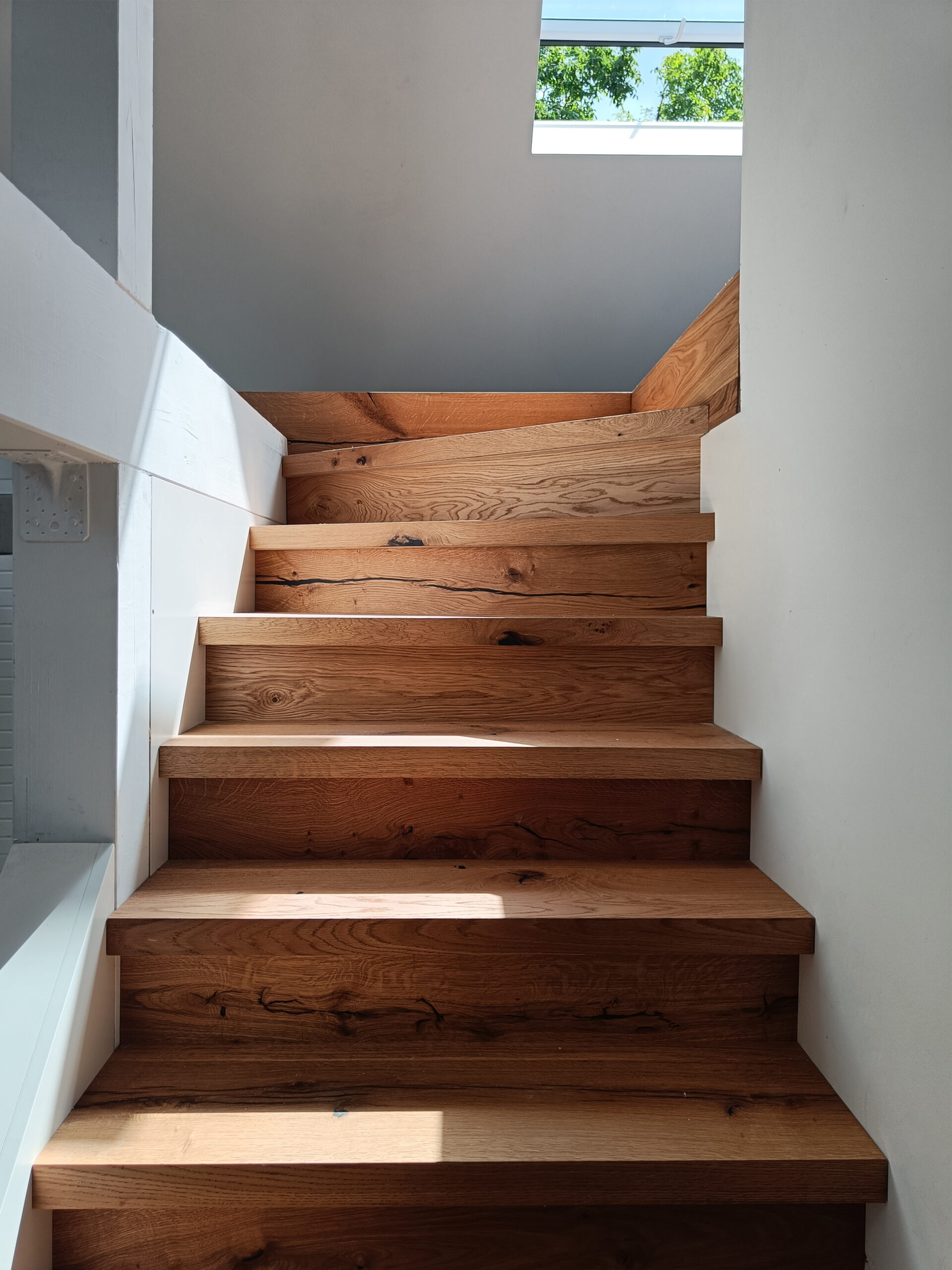 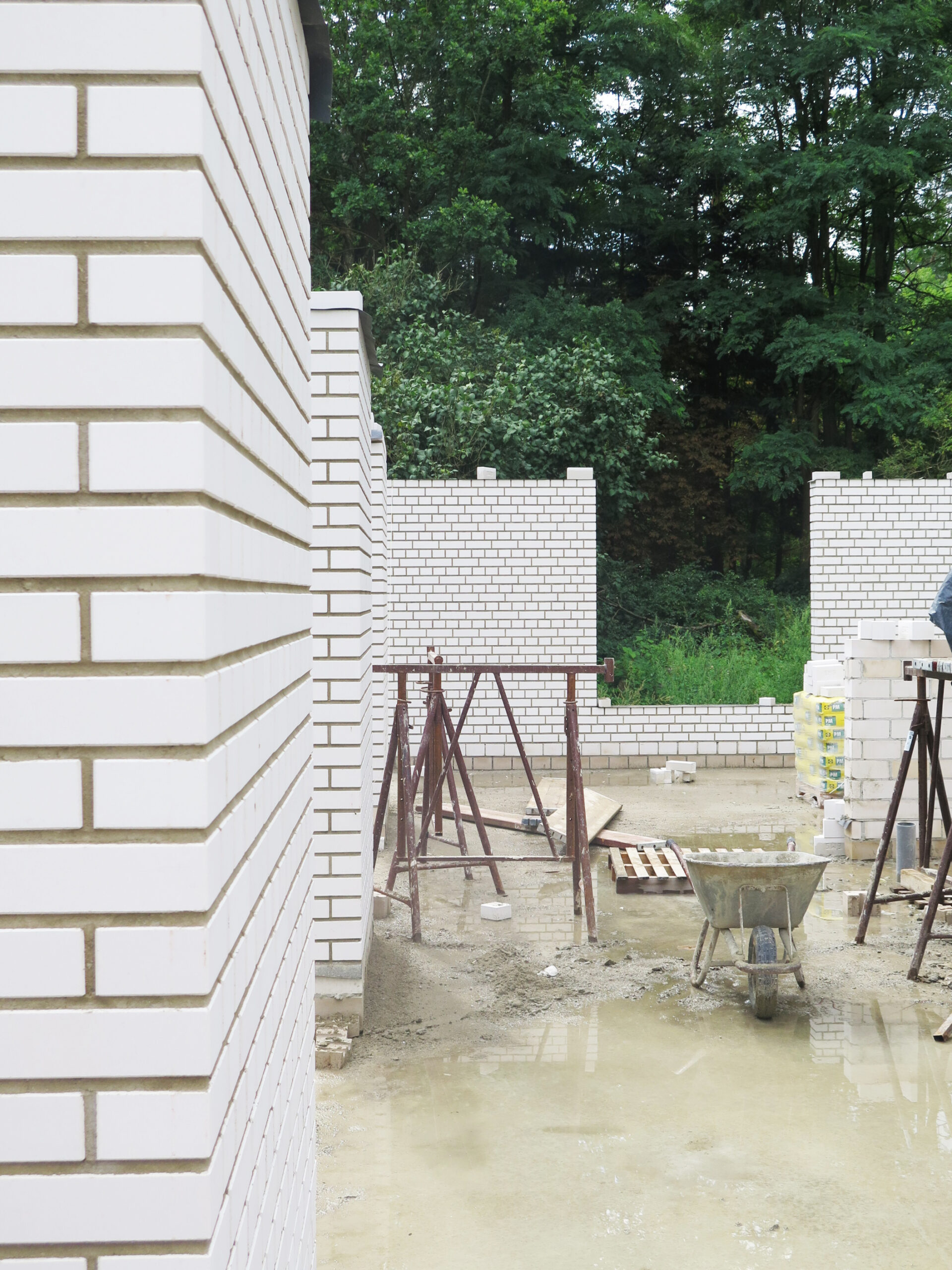 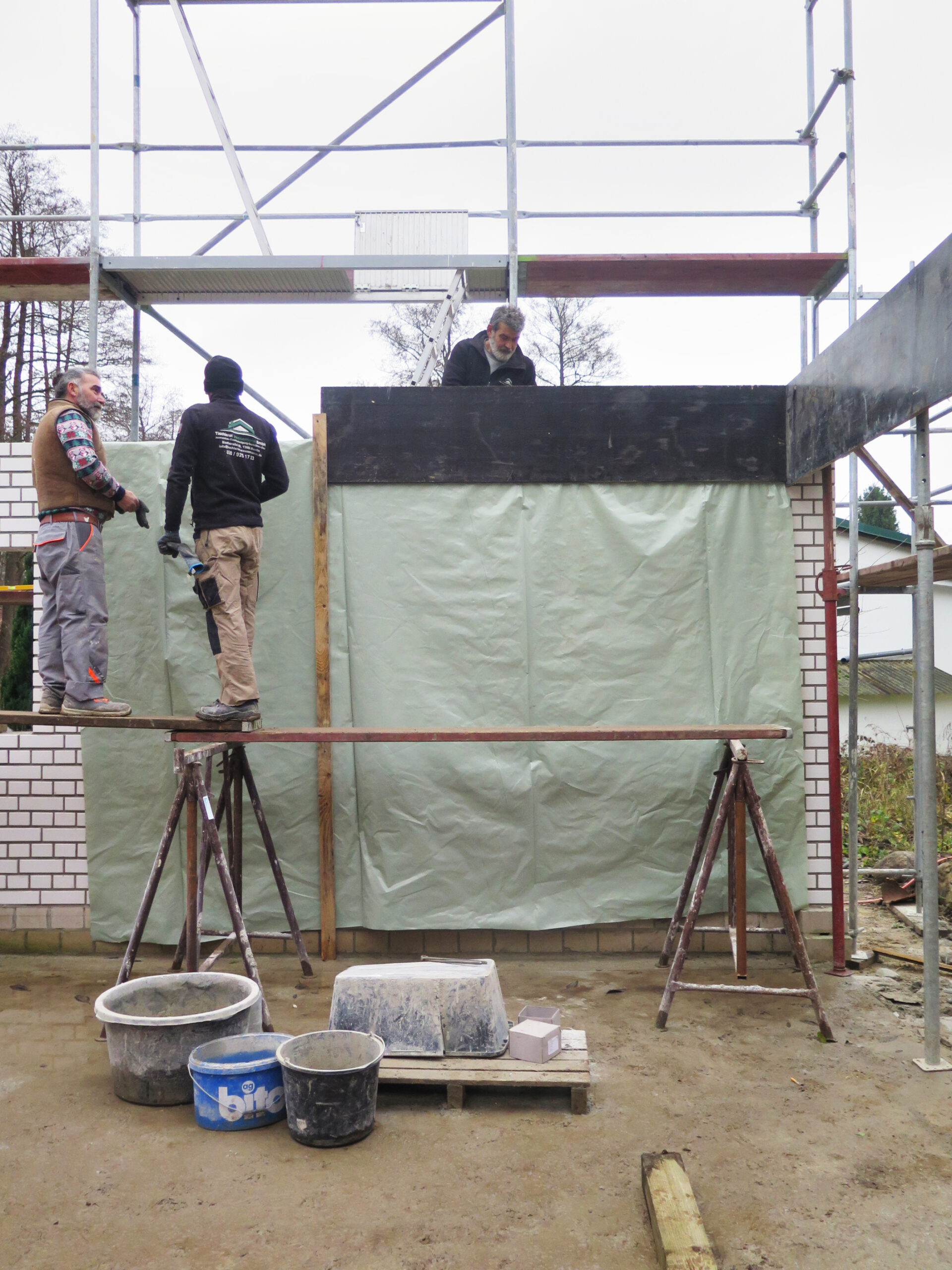 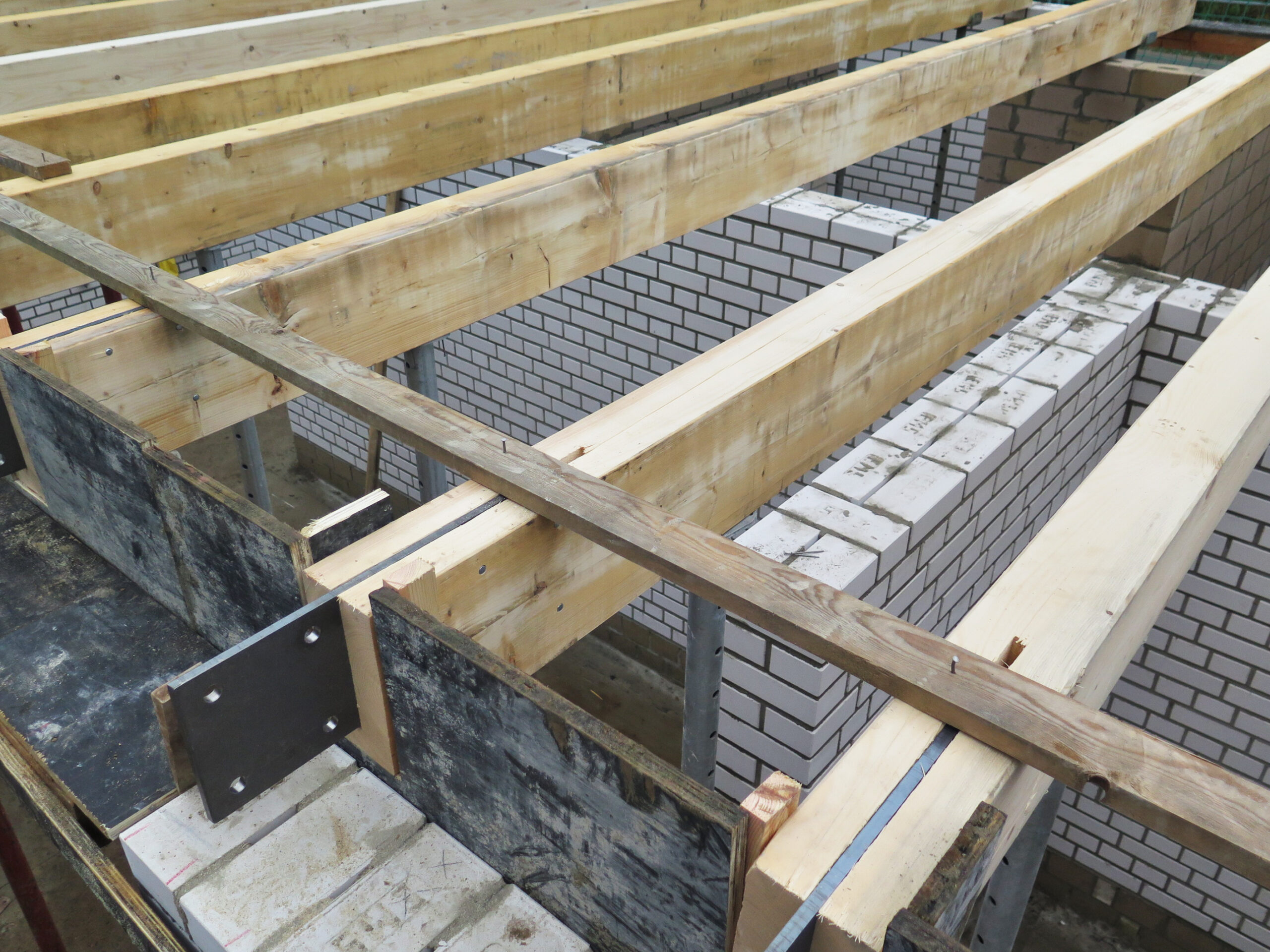 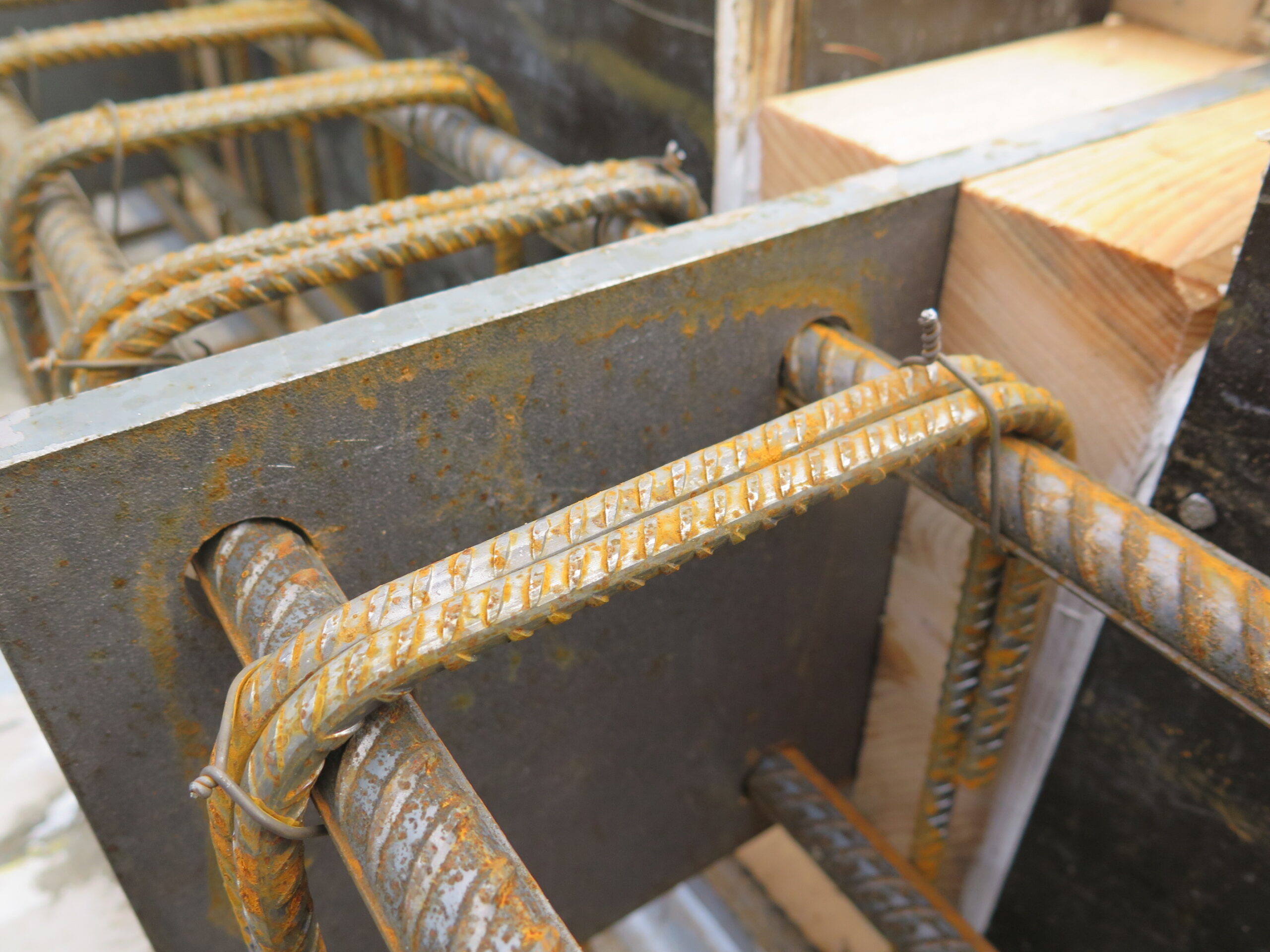 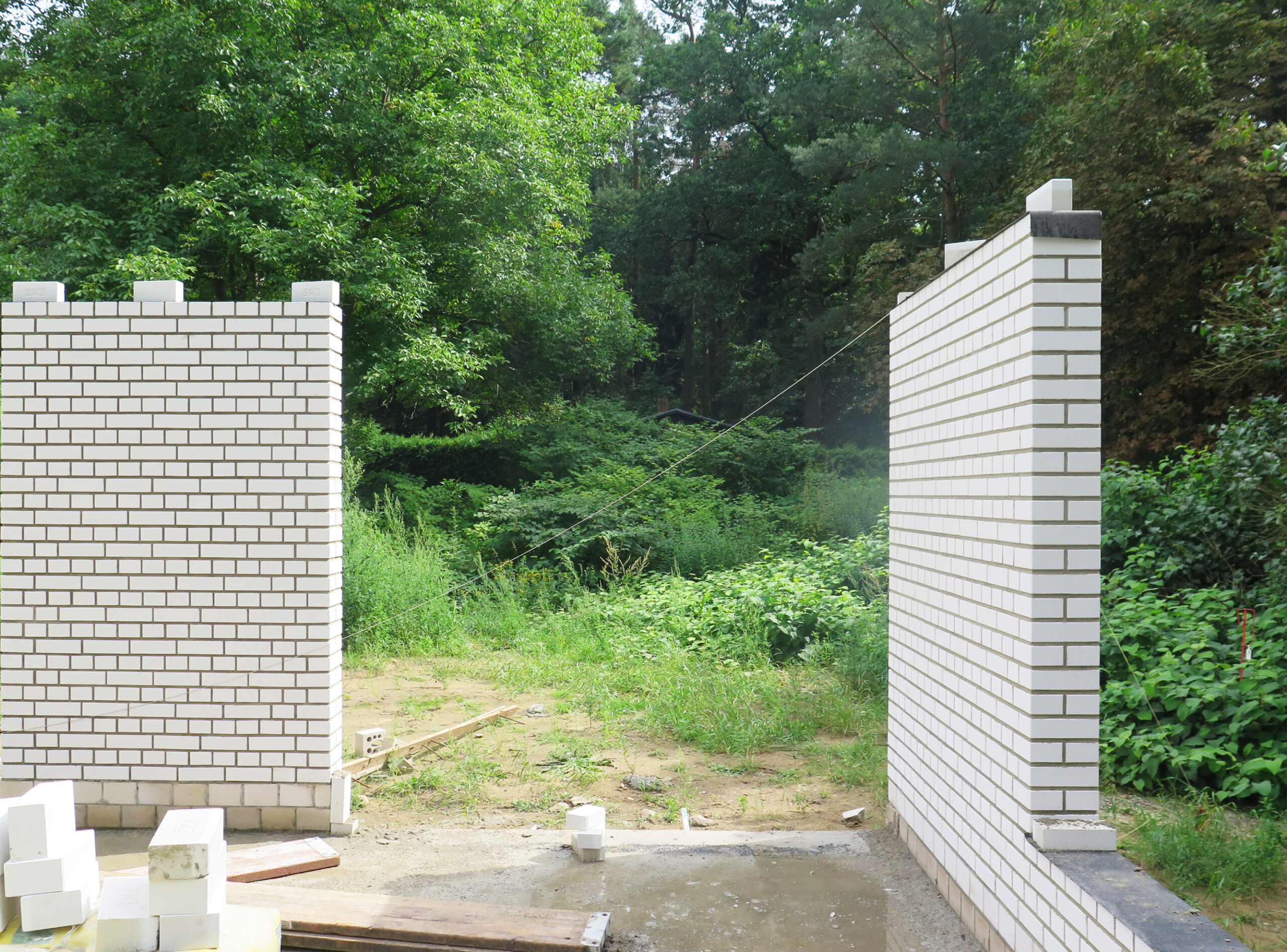 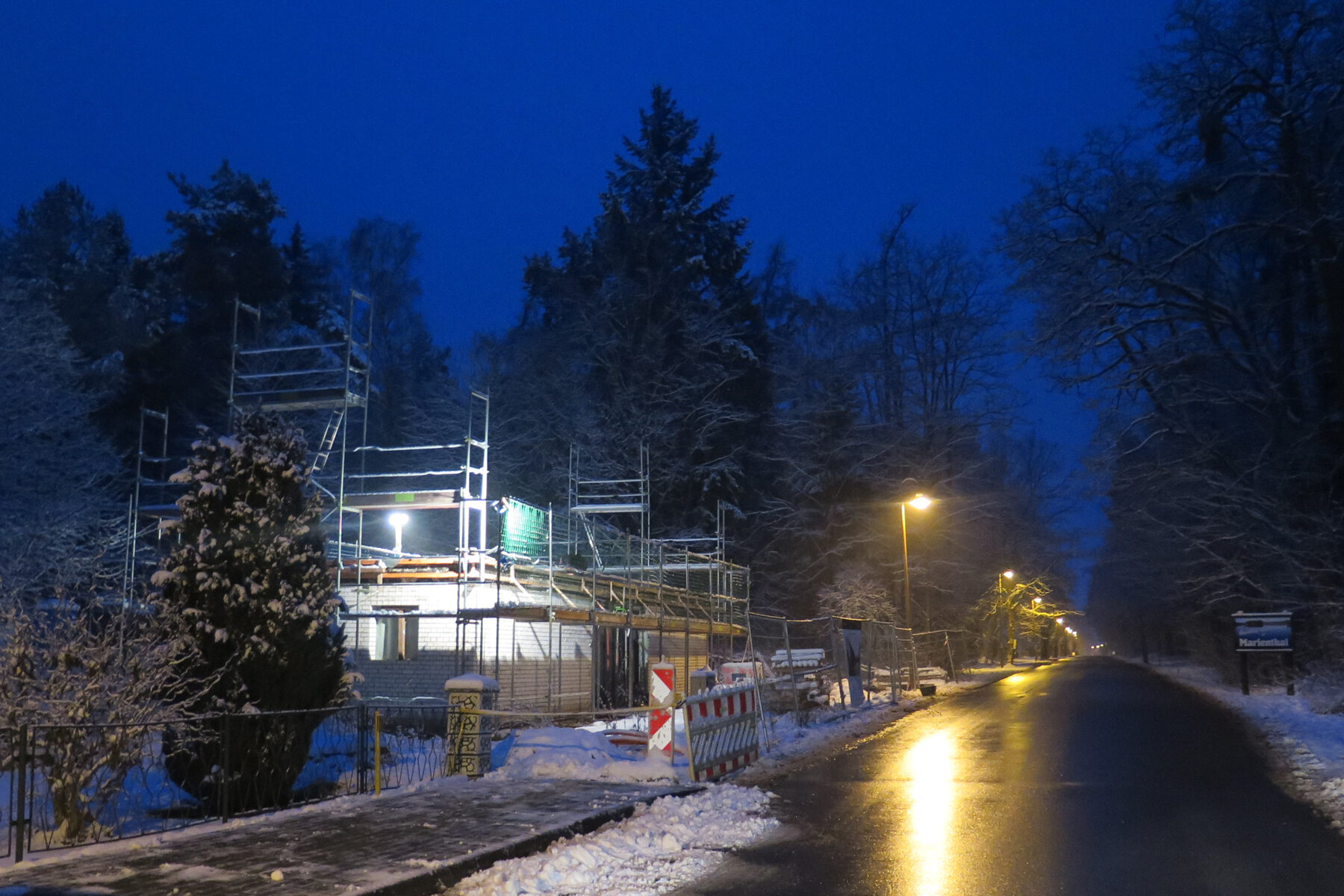