The Innsbruck Airport is placed between two mountain ranges – the Inntalkette in the Karwendel Mountains in the north and the first mountains of the alpine central range in the south.

The competition concerned the new construction of the 12,000 m2 airport terminal for the Innsbruck Airport. Our design creates a clear orientation for the travellers. An elongated slight canopy connects the terminal to the check-in in the existing building. The roof, whose design is adapted to the adjacent car park and the opposite multi-storey car park, creates an extended covered drop-off zone to enter the airport. The extension of the dark glazed facade of the existing check-in building to the new building supports the realisation of a new overall design concept. The surrounding mountains are reflected in the facade of the building which makes travelling from Innsbruck Airport an unforgettable experience.

The drop-off zone opens up to the central terminal building. A slightly angled wood-panelled wall helps to orientate travellers inside the hall as it separates the public and the security area. Elevators, stairwells, storage rooms and rest rooms nestle in this wall. The girder of the roof structure is made of local timber. Two horizontal light-strips in the facade of the entrance and in the angled wall allow sunlight to brighten the central hall.

A decisive aspect of the construction plan is the internal functional linkage of the new building and the existing check-in building. The new hall links the existing check-in area and the arrivals area on the ground floor with the departure lounge on the top floor. A café, a supermarket, shops and a restaurant with view on the runway are arranged there. The offices and the technical rooms are housed separately from the passengers in the second floor. The new building matches the height of the storeys in the existing building. A double flight of stairs leads the passengers back to the waiting areas for Schengen and non-Schengen flights on the ground floor where the gates to the runway can also be found. 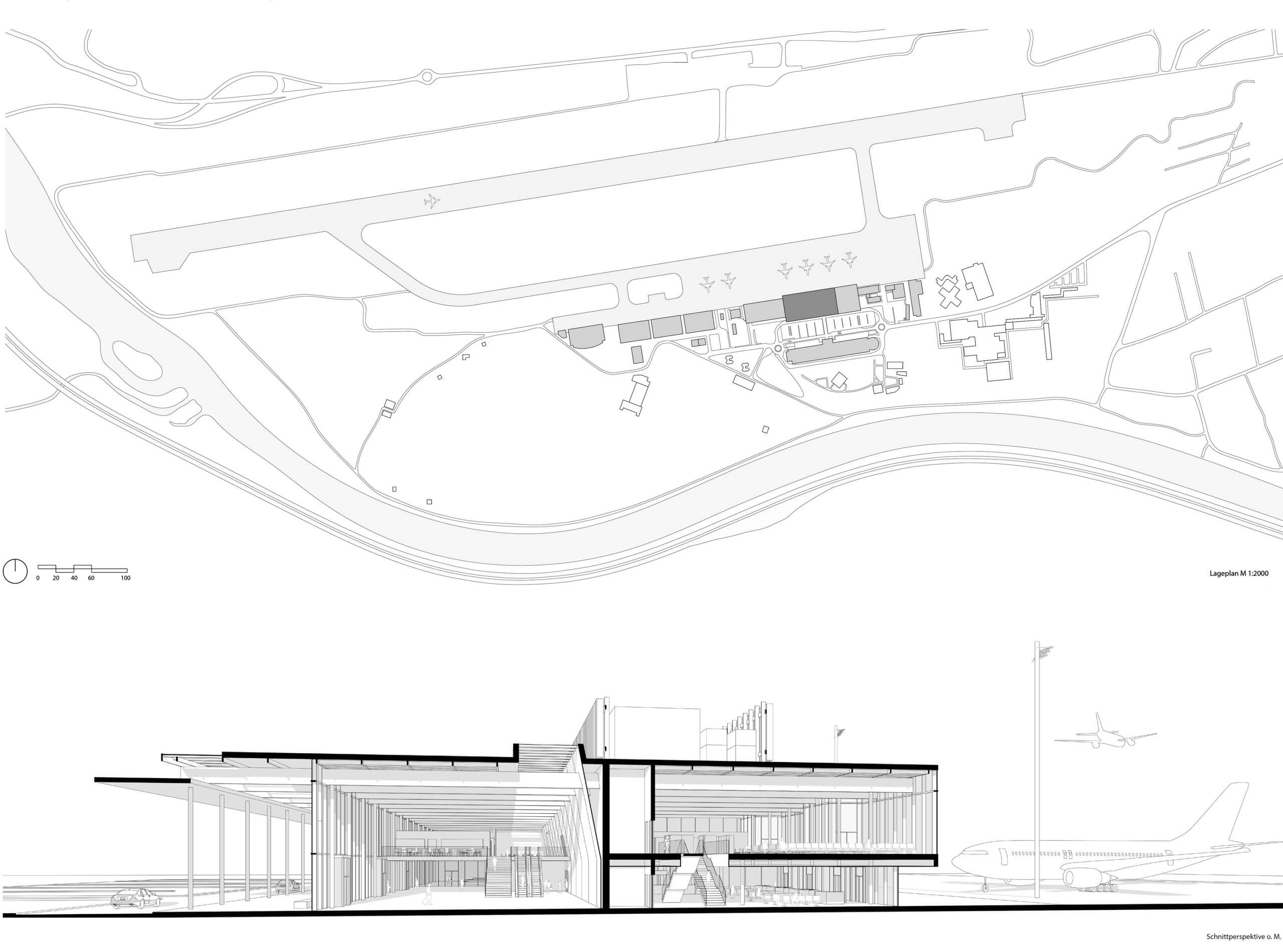 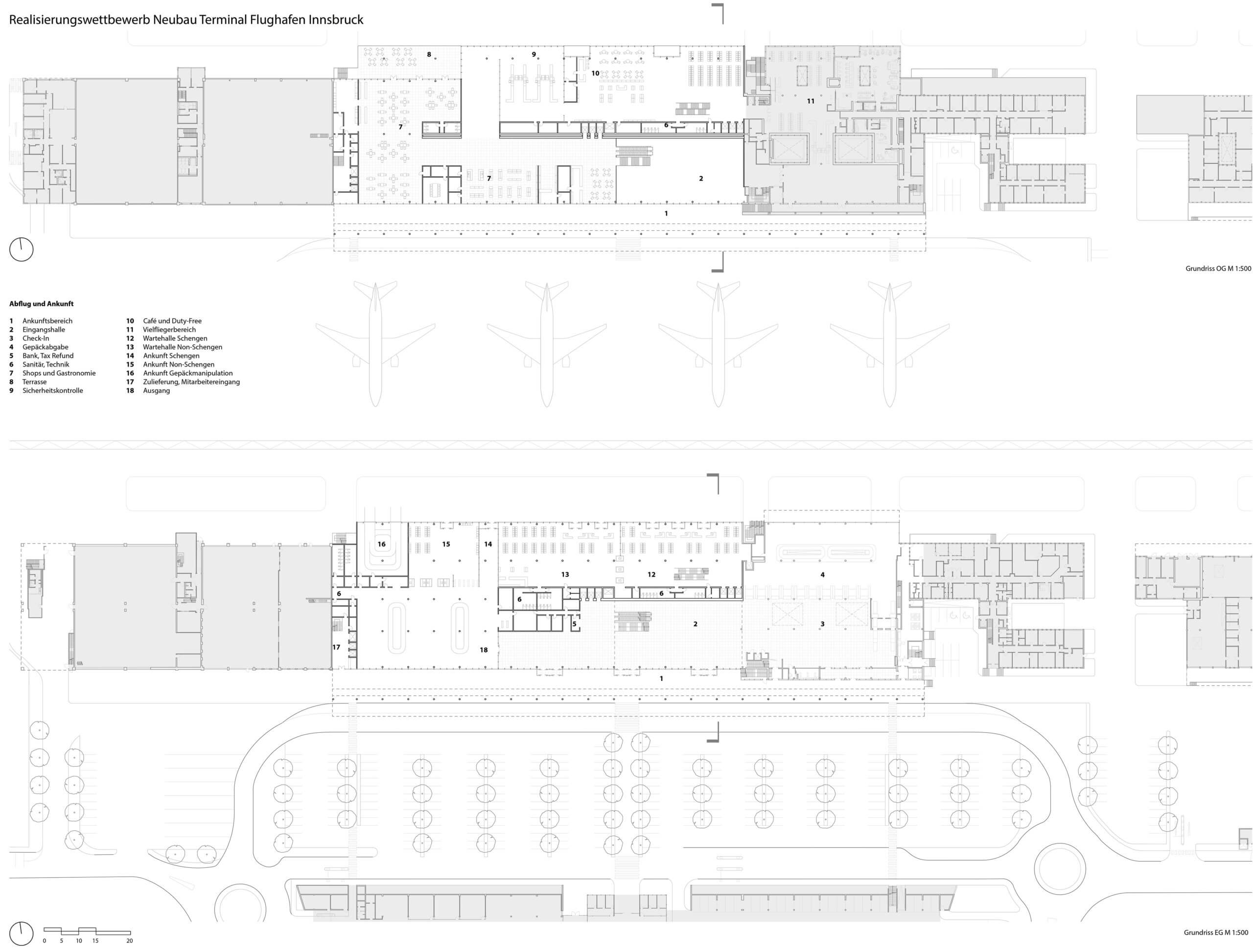