The differentiation between the side of the city and the side of the garden becomes the central idea of our construction plan for the kindergarten at the Schlossplatz in Münster. The side of the city is used as a forecourt. The recess of the ground floor marks the generously covered entrance, while the orientation of the terrace towards the garden refers to the overall landscape of the former town fortification with its promenade and redoubts.

Four children’s rooms have access to the terraces, while the fifth, which lies towards the side of the city, has a large glazed balcony. It has a decisive influence on the appearance of the building. By rising over the edge of the building it allows the children to see the garden below. The flight of stairs that go along the wall, which is under preservation orders, serve as the direct entrance to the garden.

The balustrade of the flight of stairs has a handrail that allows the children to see the gatehouse. The outer window jambs are connected to folding arm awnings that provide a flexible protection from the sun. The extent to which the awning is opened individually determines the view. On the inside, the windows are formed to be 40 cm high large seating niches where the children can read, play and look outside.

The building is constructed from concrete. The facade is covered in overlapping brick tiles. The play of red combined with the façade’s relief gives a spatial depth to the surface. The tiles allow a long durability, minimum maintenance and can be easily be recycled. 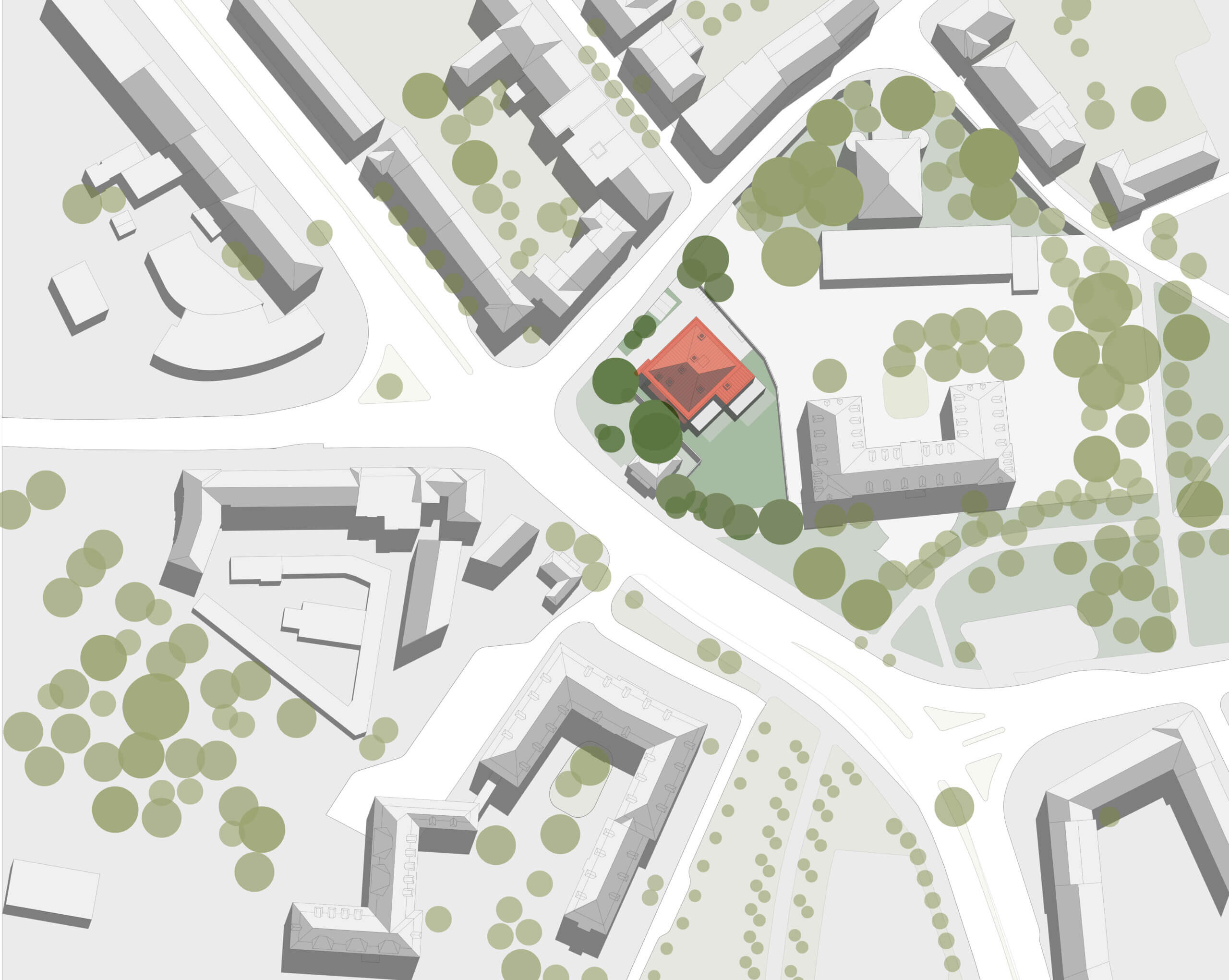 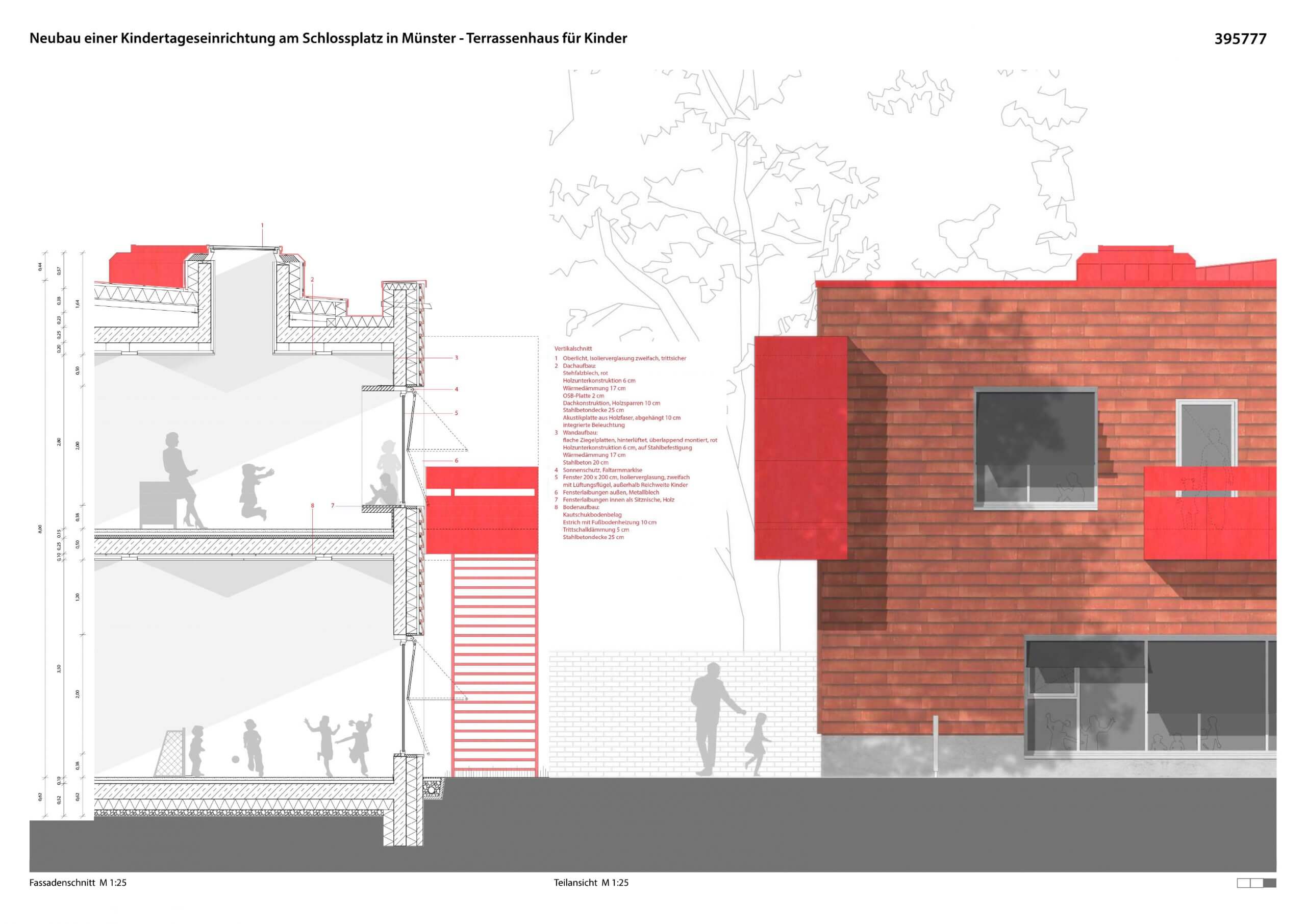 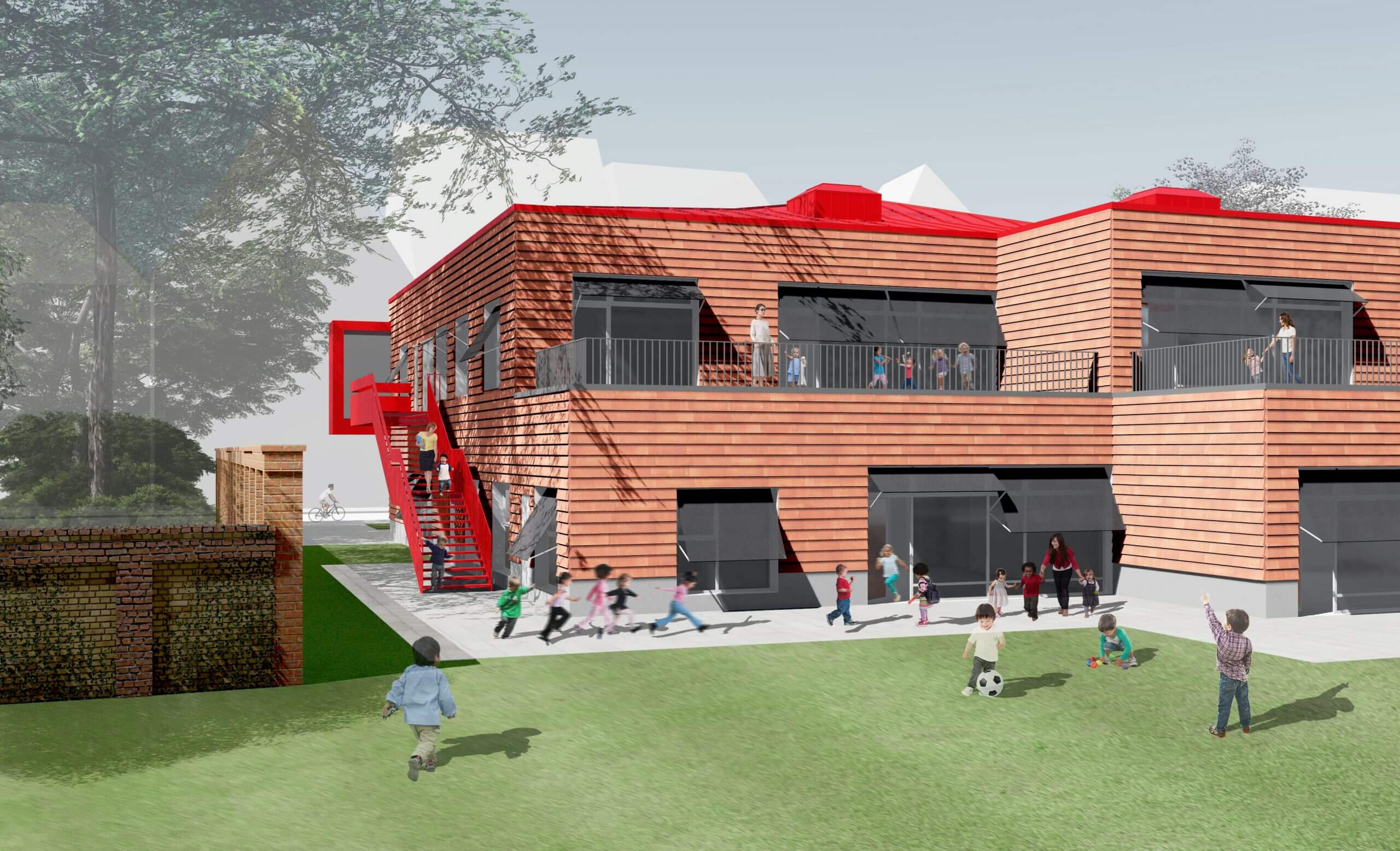