The principle theme of the construction plan for the renovation and expansion of a house for a family of four in Berlin-Heiligensee is the intersection of old and new. The construction plan intends to create a new relationship between the interior and exterior of the building.

The new L-shaped extension consists of a living room, an entry hallway and a bedroom as well as a master bedroom. It is wrapped around the north-eastern side of the existing house which was built in the 1930s. The overlapping of circulation and usable floor areas creates a functional and spatial flexibility that shapes the future life in the house. Openings between the designated kitchen and hallway, library and living room create a new circular path that connects the rooms of the existing house with the new construction.

The new spatial translucency of the house is underlined by a large glass facade in the living room and high glazing) in the entrance area and facing the terrace. The position of the glass facade in front of the wall and ceiling plane stresses the experimental surface design of the living space and the connection to the garden. This is composed of exposed concrete mixed with white titanium dioxide. The exposed concrete of the inside contrasts with the rear external timber facade that is made of Canadian cedar wood. The historical existing house retains the white plastered facade. 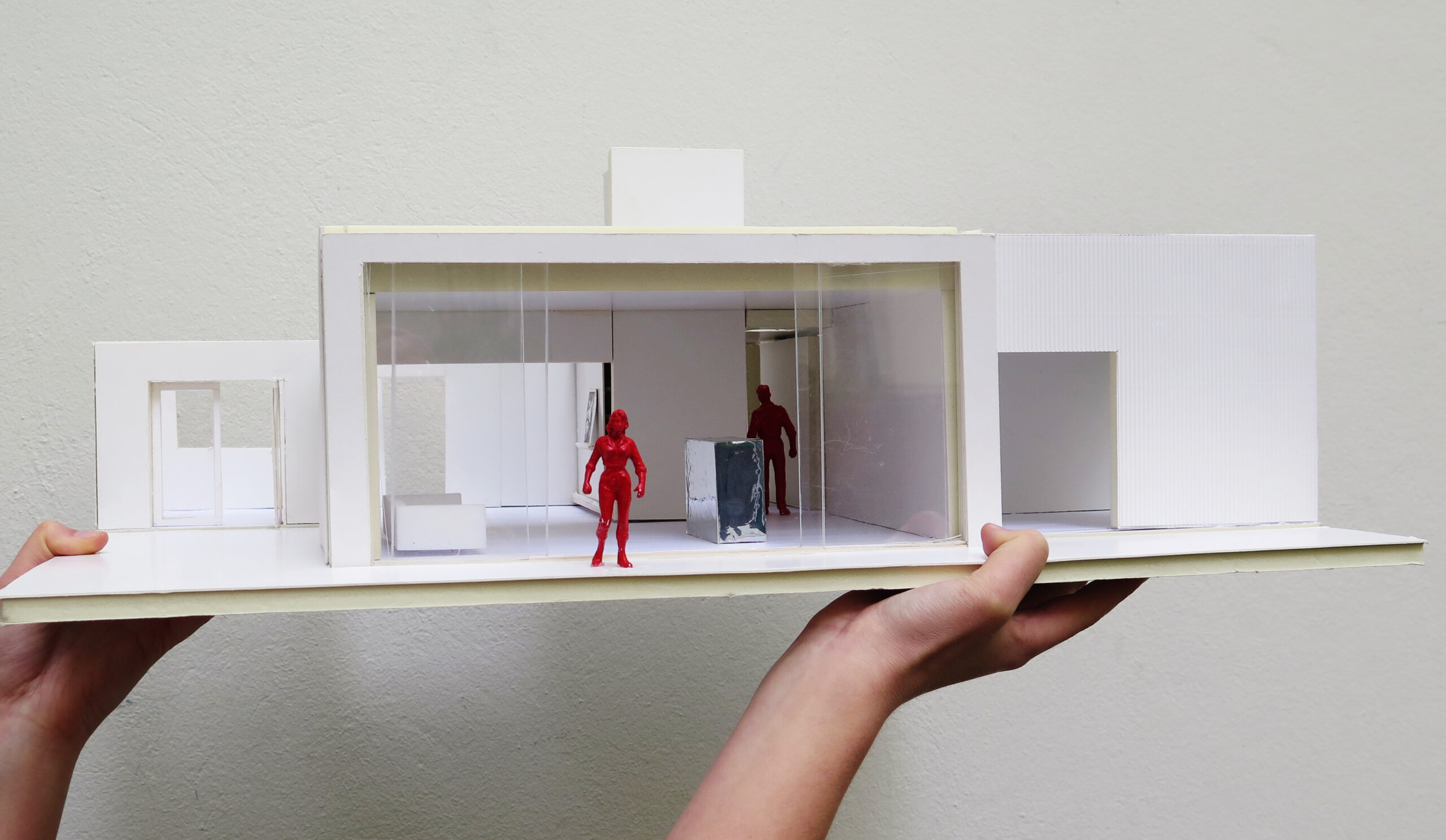