Museum of the 20th Century

The design of the Museum of the 20th Century reinforces the exceptional meaning of the Berlin Kulturforum as a living testimonial of Berlin’s division and reunification. The main idea for the new Museum is of a public ‚internal‘ street which organizes the ground floor of the building and connects the city with the art space. Simultaneously, using the  street as a device, the visitor can experience the New National Gallery and the Berliner Philharmonie on both sides through big openings.

The building’s volume relates to the scale of the surrounding cityscape along Potsdamer Straße (with the archive of the National Library on the opposite side of the street) as well as with the nave of the Matthäikirche and the New National Gallery. The location of the building aligns itself with the plinth of the New National Gallery. The facades consist of silver anodized aluminum plates as reference to the facade of Scharoun’s Philharmonie. The aluminum plates in the upper part of the building are at a greater scale to emphasize the vertical directionality of the building’s volume. 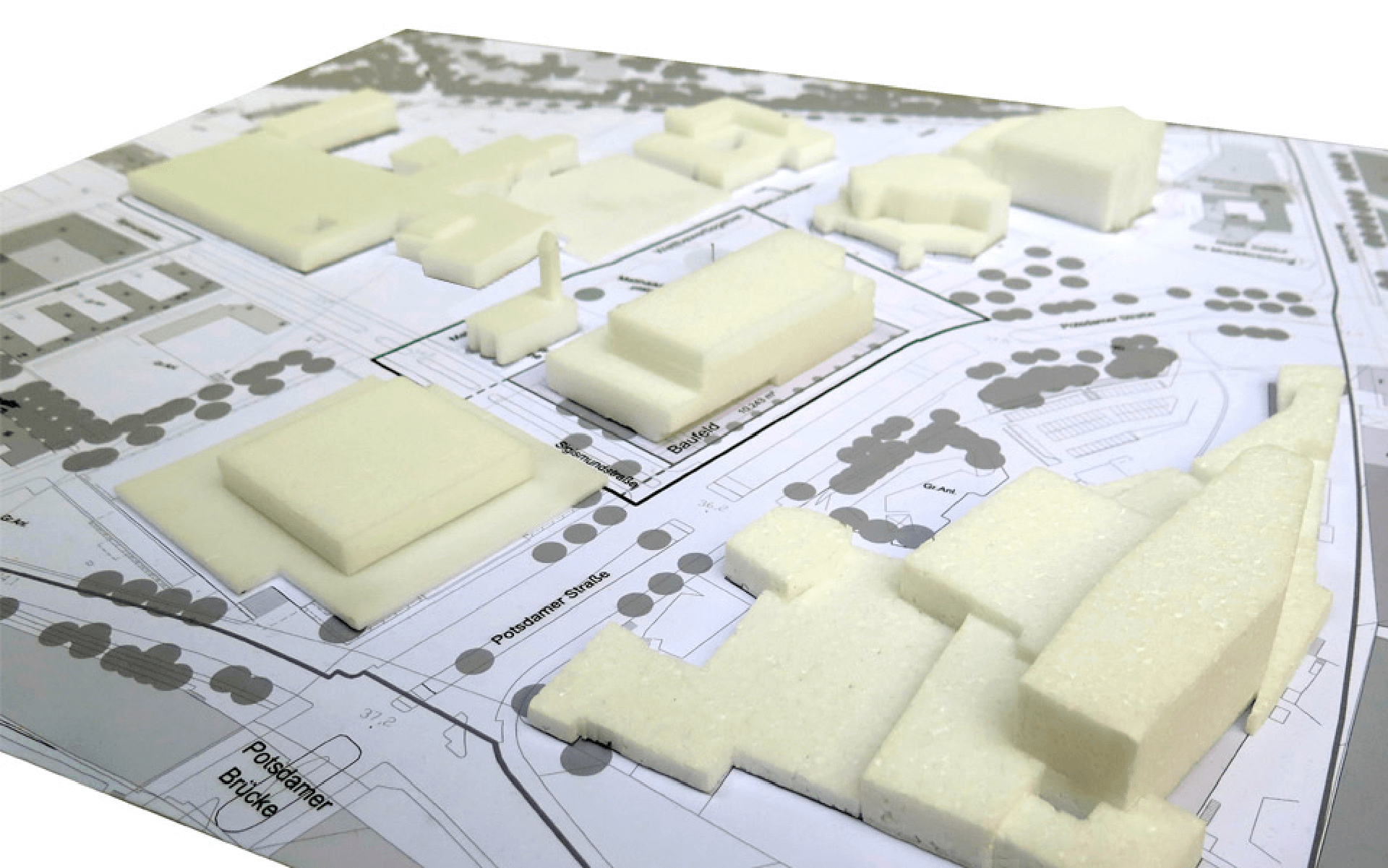 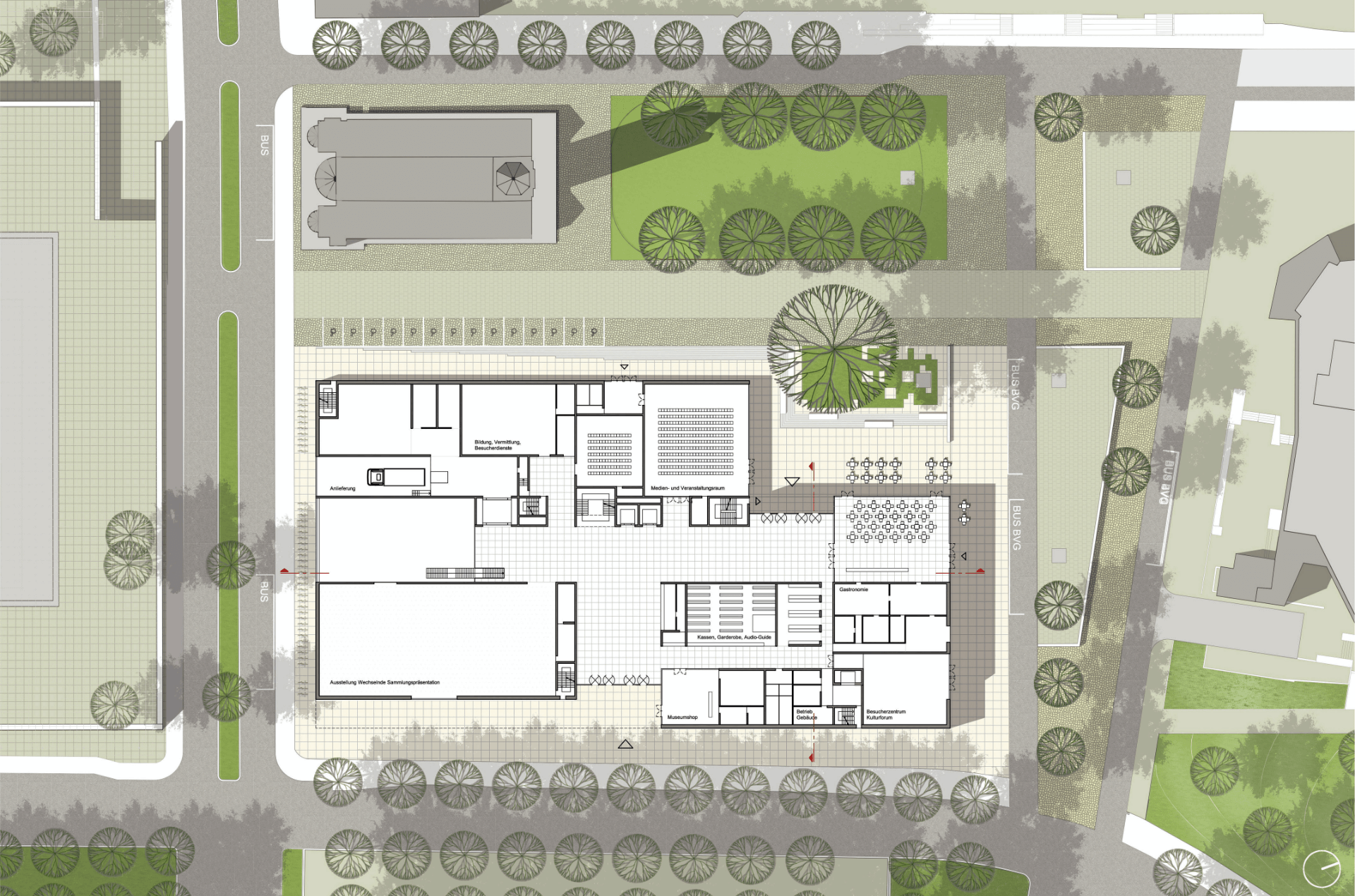